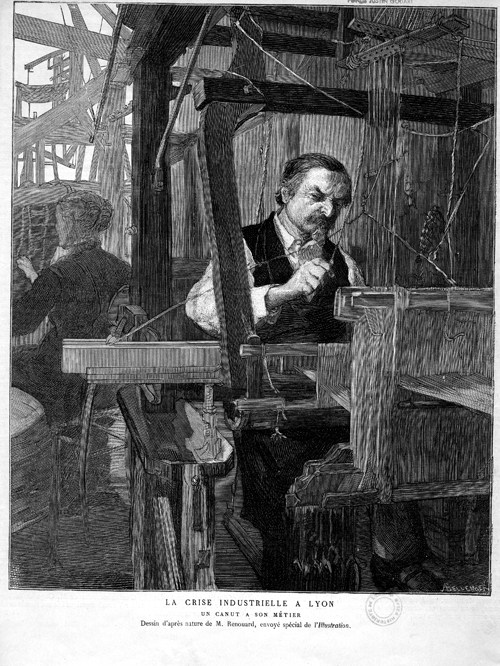 La fabrique of Lyon
This was the name for the hierarchy of the silk industry in Lyon. The "la fabrique" system is very old. It was governed by a corporate system from the Ancient Regime, with a lot of laws (1554, 1667 and 1744). These laws were created to standardise and guarantee the quality of silk fabrics, but also to protect the control, which the rich urban bourgeoisie had over the population of weavers. There are three components in la fabrique:

The suppliers
It is said that there were between 400 and 1000 contractors. They supplied the silk and had to prepare the silk threads (grinding, dying and warping). They were in contact with the most gifted designers, who constantly created new patterns. The suppliers then lent the silk and the pattern (very often a punched card) to the weaver and the weaver had to give the final piece back. In fact, the supplier was not producing anything, but he simply acted as the middle man. He decided of the price, which would be paid for the fabric. Most of the suppliers were located down from the slopes of the Croix Rousse hill.

The workshop masters
There were about 8000 workshop masters in the middle of the 19th century (half of them were located in the Croix Rousse). They owned the looms that were placed in their homes; they worked with their families, apprentices and journeymen. As they were working on commission, they were dependant on the price that was fixed by the suppliers, and on the economical situation.

The companions or workers
They were numerous: about 40 000 people. They were hired by the masters, who paid for their food and their accommodation. Like the masters, they were paid on commission (about half the price). Their living conditions were very difficult. 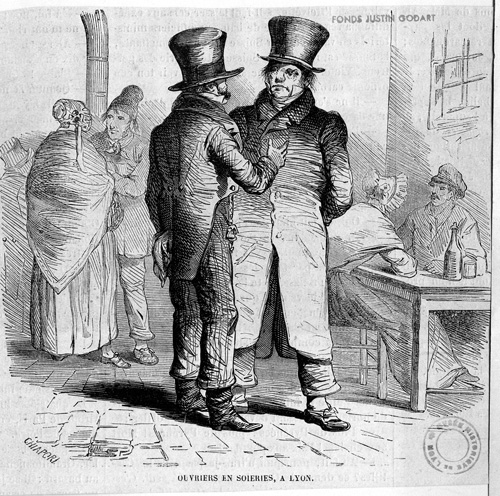