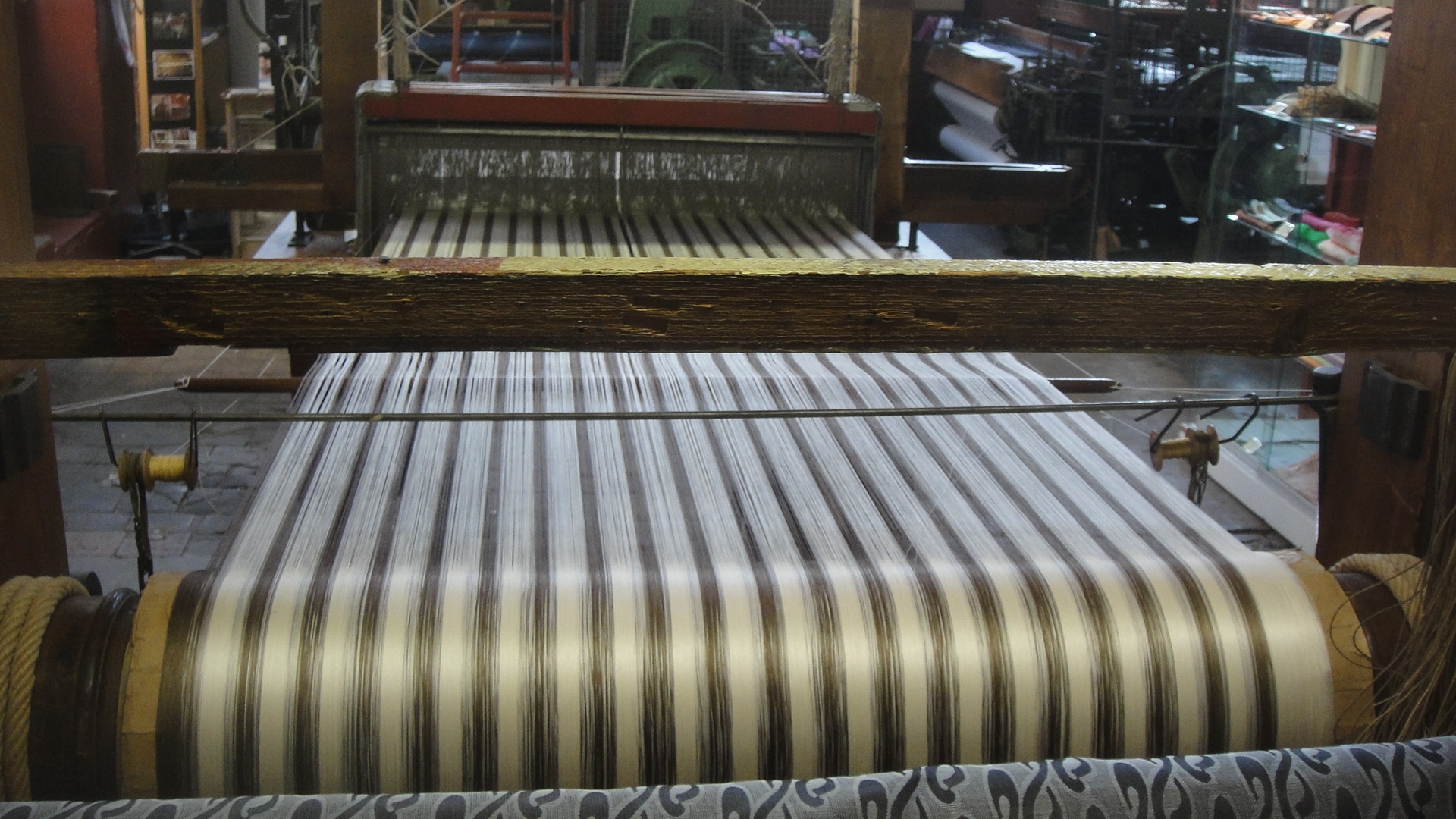 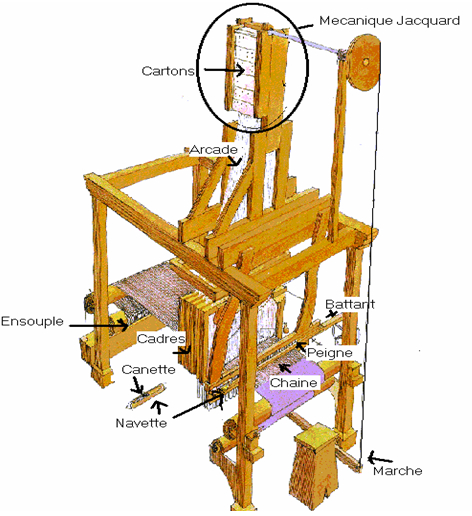 Techniques :
Weaving
Weaving is the result of the crossing of two kinds of threads: warp threads are longitudinal, taut, and they come from the back of the loom. They make the framework of the fabric.
The weft thread comes perpendicularly in a shuttle, which is launched from one side of the loom to the other. The way in which the threads are crossed is called a “weave”. There are three fundamental weaves: plain weave, twill and satin weave.

-BIS: the weaver lifts the warp threads by putting his foot on the pedal
-TAN –CLAC: the shuttle containing the weft thread is launched between the warp threads
-PAN: the reed moves to pack the weft thread against the fabric
Each warp thread was passed through a glass ring. These needles were linked to neck cords, which were attached to hooks on the Jacquard mechanism. Each hook is itself was linked to a horizontal needle, which came in contact with a punched card:
-if the needle met the hole of the punched card, it went into the Jacquard mechanism. The hook would then move forward, and would be picked up by a bar, which was pulled up, in order to lift the selected warp threads.
-if the needle met the card, the hook didn’t move and no thread was lifted.
Each side of the card corresponded to one order, which meant the movement of the shuttle in one direction. The punched card dictated the design line by line: a whole loop of cards corresponded to a whole design. This card was placed on a circuit to be read line by line by the Jacquard mechanism. It could be endless! About 30 sides of punched card was the equivalent of one centimetre of fabric. A weaver was capable of carrying out about 100 movements per minute, so he could produce about 5 metres of fabric par day. 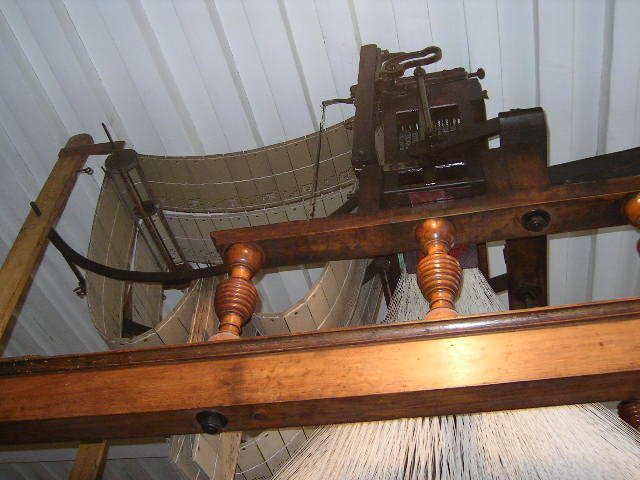